If you grew up in the 1980s and 90s, you undoubtedly know of ‘Athena’ and the posters they were renowned for. A recent article by The Guardian online came up with the 10 best posters from the time they were around. I was excited to see that one of the posters was by an illustrator who had worked for Clarks. He had worked on the advertising that was to be seen in every Clarks shop of its time; Syd Brak.

Syd Brak studied at Johannesburg  Art School, South Africa, before entering the world of advertising as an Art Director for J Walter Thompson and McCann Erikson. He emigrated to the UK in the 1970s to pursue a career in illustration.

Syd Brak was one of the most influential artists of the 1980s. He created and perfected an airbrush technique that helped inspire the New Romantics movement of that time and that allowed him to create some of the most iconic images of that time. Brak’s paintings for Athena became an overnight sensation. His most popular included ‘Forget Me Not’, ‘Wired for Sound’ and ‘Long Distance Kiss’. In 1982, ‘Long Distance Kiss’ was the top selling poster in the world. 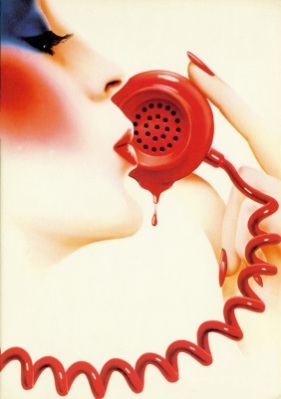 It makes sense that Clarks would be at the forefront of collaborating with artists at the top of their game. He came up with these striking images for Clarks in 1986. There is his signature stylistic use of his airbrush technique, and the confident, independent woman looking out at you. 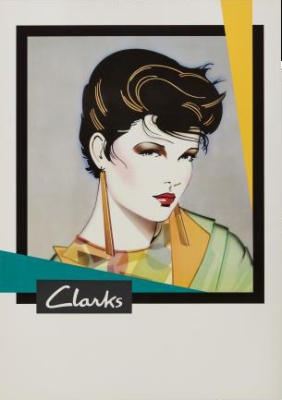 ← The Hardy Amies influence
Goodbye, Charlotte! →
Sign up to our Newsletter