A Brief History of Bally 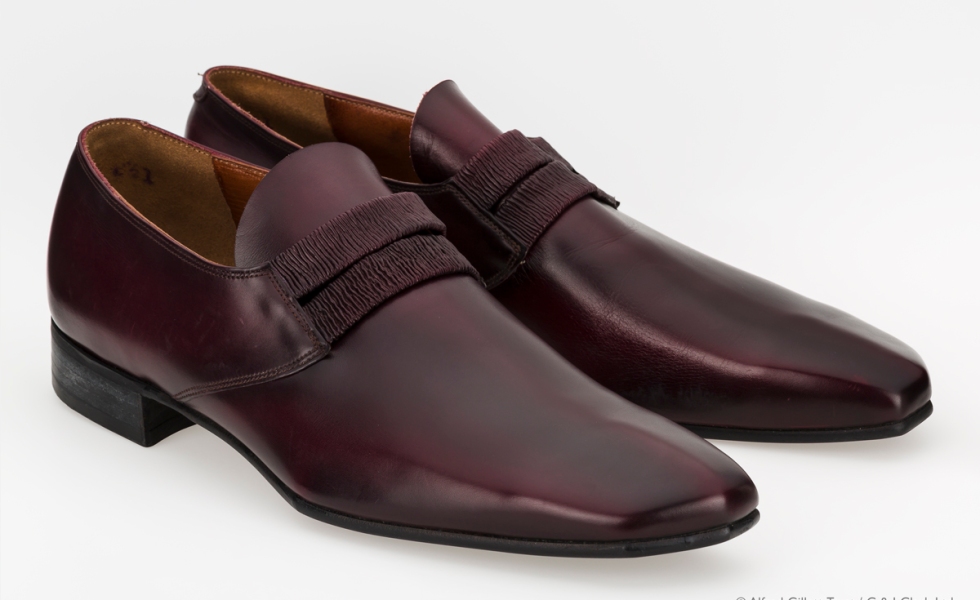 Carl Franz Bally (1821-1898) was the son of a silk-ribbon weaver. After being inspired by shoes on display in Paris, he founded ‘Bally & Co.’ in 1851, along with his brother.  Carl employed German shoemakers to hand-make shoes in the basement of his own home.  He aimed to create exquisite footwear from the finest leather, using the most innovative craftsmanship, infusing a strong sense of functionality and modernity. After initial problems with production and quality, and after the company grew, a factory was built in 1854 in the centre of the village. In 1860 Bally employed 500 craftsmen and transformed the village of Schönenwerd into a Company Town (remind you of anywhere?!), offering a host of benefits from healthcare to social amenities.

Bally’s achievements have been numerous, most famously, Charlie Chaplin being featured in one of its advertising films in the 1930s, created by advertising industry pioneer Julius Pinschewer.  Additionally, the Bally Rominger Ski Boots were worn by gold-medal winners at the St. Moritz Winter Olympics in 1948.

In 1976, Bally expanded beyond footwear, and started selling clothing and accessories such as handbags. In 1990 they expanded globally, opening and growing operations in countries such as Japan, Australia, Turkey and Brazil.

Further details about the heritage of Bally can be found here.

← Peter Yapp And The Royal Warrant
On This Day… →

The Grange is currently closed to all visitors due to COVID-19. We remain open Monday-Thursday only for enquiries, but there may be a delay in our published response times.